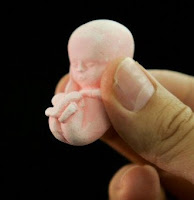 When I realised today that he had passed away to eternity, I recalled his famous phrase: `Someday you will read or hear that Billy Graham is dead. Don’t you believe a word of it. I will just have changed the address.` Yes, Billy Graham emigrated among the angels! He`ll saddle them to come after us, to paraphrase a poet.

It was only last summer when I visited his home where he was born 100 years ago. I felt tingling under my skin when his voice trumpeted God. As whoever came close to the most prolific worldwide evangelist either started to burn or ran away!

I was shocked when I realised that the „world’s best know evangelist”, as the Americans call him, the one who was born in North Carolina, began his pastoral service in a Village Baptist Church, Western Springs, Illinois (near Chicago) with 35 members, but in six decades of career he preached the Gospel to over 200 millions persons face to face. And to over 2.2 billions persons via various media methods! That means one in three persons on the globe. Millions of lives changed…however he thought it was little! And we reached happiness if a single sinner would came to Christ!

`My one purpose in life is to help people find a personal relationship with God` declared the contemporary apostle who preached the Gospel on all continents, in 183 countries and in 50 states of the USA. Not only in Churches, not only in theatres, but in tents, on the streets, in the stadiums…on the Radio, on the TV, on Internet. To the Presidents, kings, plain people. To dictators, atheists, communists. To the saints and to the bad, infamous. God is everywhere! Seeking God’s way!

In 1985 in Timișoara 150.000 Romanians gathered in front of the Cathedral. The communists foresaw only  5000 seats in the building! In Arad people climbed up the block of flats! In Sibiu they clustered in the streets and at Emanuel, Oradea 4000 people cramped! When I saw the short video about Romania at Graham Library, I was astounded by the Militia`s platoons which could not stop the people gathering at to hear the sermon. `We cannot believe how many people are here!`, a Graham`s American member of staff shouted.  We saw our brothers who lived during the communism having huge tape recorders. They kept these over their heads so they can record the sermon. What about today? We’re only a click away from the Word of God and we are not listening to the Bible.

Graham preached despite the communist world apposition. He went to URSS (in Moscow the Red Army choir sang to him), in Yugoslavia, Hungary, Poland, East Germany, Checkoslovacia. But in China and North Korea as well! I shouted like the roman centurion `Indeed he truly was the Ambassador of God `!

He wrote 22 books. His biography (Just I Am, 1997) was published in over 1.5 millions copies. He counselled all American presidents after the second World War. Only Obama did not invite him for counselling! He talk about God to Queen Elisabeth the 2nd,  to Pope John Pal the 2nd, to the Taiwanese Chiang Kai Sen, North Koreean Kim Il Sung, to Boris Elțîn, Francoise Miterrand, and even to Indira Ghandi. (The list is so long that it can not be finished). He only missed Ceaușescu!

He preached at JF Kennedy`s funeral : „We must get back to God”.  But also immediately after the Twin Towers disaster in 2001, or at USA`s, India`s major calamites and natural disasters., in the Korean wars (1952), Vietnam (1966, 1968). He led humanitarian campaigns to help the poor in Africa and Asia….as the Gospel without actions is only philosophy…

One of the most shocking things I found about Billy Graham was one of his mini-sermons which I’ve heard in `decision room` in his Library in Westmont Charlotte. It was not complicated. Not theological. But filled with power. With Jesus! With Holy Spirit! In the last 10 years only in that small room, which can accommodate a few dozens of seats, over 10.000 persons came to Christ, repented after listening to this particular mini-sermon!

From `decision room` one passes through a huge Cross of lights. This is the only gate through which one can enter the Heaven. And after meeting Christ one cannot walk further without it! This has always been Billy Graham`s way of life. With The Lord`s Cross on his shoulder!

Pastor, evangelist, trainer, counseillour, coference speaker. He impressed with his humility, integrity, courage, he knew how to stay calm amidst difficult circumstances, to love his critics. He never missed a year from the last 60 from the top ten most influential persons in the USA! As per Gallup. I have no idea how many millions of kilometres he would have ran. But I know that for his effort he was awarded the Gold Medal of the American Congress in 1996, a $200.000 prize from the British Royal Family (British Crown), a `Honoris Causa` doctorate from the University of South Korea, Hong Kong, Hungary, Polonia, Yugoslavia and USA. And today, along with the crown of eternity from Christ! He only received it now!

I won’t be there but I know where Billy Graham will be buried. In the yard of the house where he was born, at about 100 meters, in a small forest. At the end of the asphalt alley there is the grave of his wife, Ruth. It is so simple! For such big characters! If you want to find Billy or Ruth, you won’t find them there. They moved addresses.

Today, Billy Graham, Ambasador of God has left for good! Mr President Trump said `there was nobody like him`. We believe him. But we pray for God to raise new great ambassadors for Him!

PS: I saw a picture in his album which I received from Billy Graham Foundation, in which the Heavens` Ambassador got correspondence from all worldwide countries! Tons of letters! Hundreds of thousands of appreciations! Thank you Bily Graham that you showed us how to travel through the earthy ones! `Finding God’s will for your life. First: The Bible! Second: Pray! Third: Use your talents, money, or wheatever you have and be faithful and loyal to the Lord God”, is his last message.